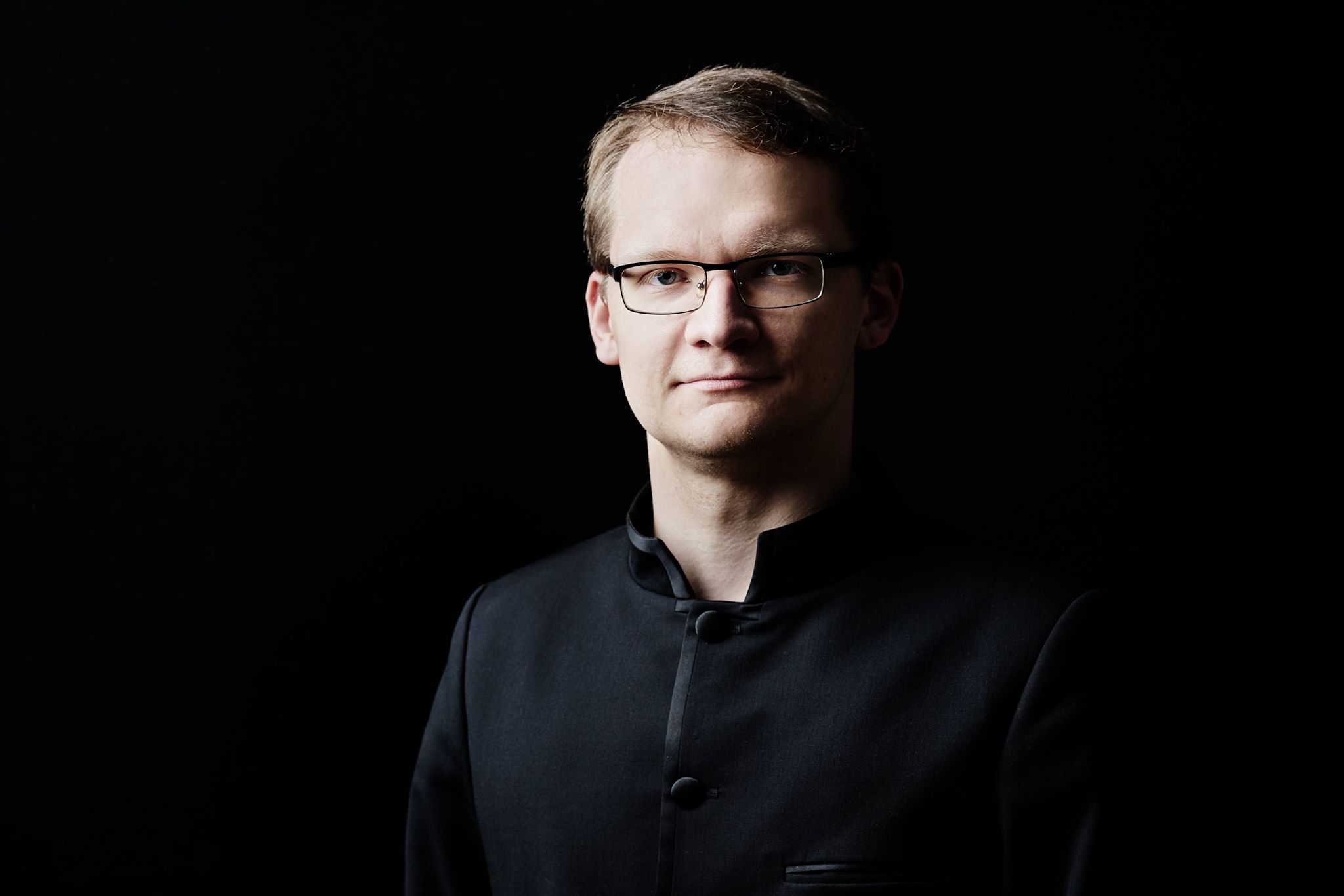 Kaspar Mänd graduated from Old Town Educational College and Music School, having studied the Oboe with Kalev Kuljus and Aleksander Hännikäinen, and the Choral Conducting class of Hirvo Surva. In 2012 he graduated from Estonian Academy of Music and Theatre (the Choral Conducting Class of Hirvo Surva, the Oboe Class of Nils Rõõmussaar) and in 2014 he received his postgraduate degree in Orchestral Conducting (Prof. Paul Mägi). He has also studied conducting at the Paris Conservatory with Prof. Zsolt Nagy and participated in the Järvi Summer Academy as well as attended the master-classes of Eri Klas and Risto Joost (both in 2010). In 2009–2018, he was the chief conductor of the Mixed Choir HUIK! that has successfully participated in State Competitions. In 2011–14, he was the Chief Conductor of the Chamber Choir Voces Musicales. He has been a conductor for the 2014, 2017 and 2019 Estonian Song Festival. In 2013–16, he was the conductor of the Tallinn Georg Ots Music School Orchestra. In 2016, he founded the New Street Orchestra, with whom he performed all of Beethoven’s and Mendelssohn’s symphonies. Since 2014, he is a conductor with the Estonian National Opera. The following productions have reached the stage under his baton: Schiavoni’s ballet “Alice in Wonderland” (2019), Prokofiev’s ballet “Romeo and Juliet” (2019), Ehala’s musical “Buratino” (2018), Manfred MIM’s opera “Estonian History. A Nation Born of Shock” (2018), Meckler/Ochoa/Salem’s ballet “A Streetcar Named Desire” (2017), Aints/Wimberg’s musical “Karlsson on the Roof” (2015).

Kaspar Mänd has won the Young Conductor Award of the Estonian Choral Association in 2012 and 2015, and the Estonian National Opera Colleague Award in 2016.

Since 2019 he is the Chief Conductor of the Pärnu City Orchestra.